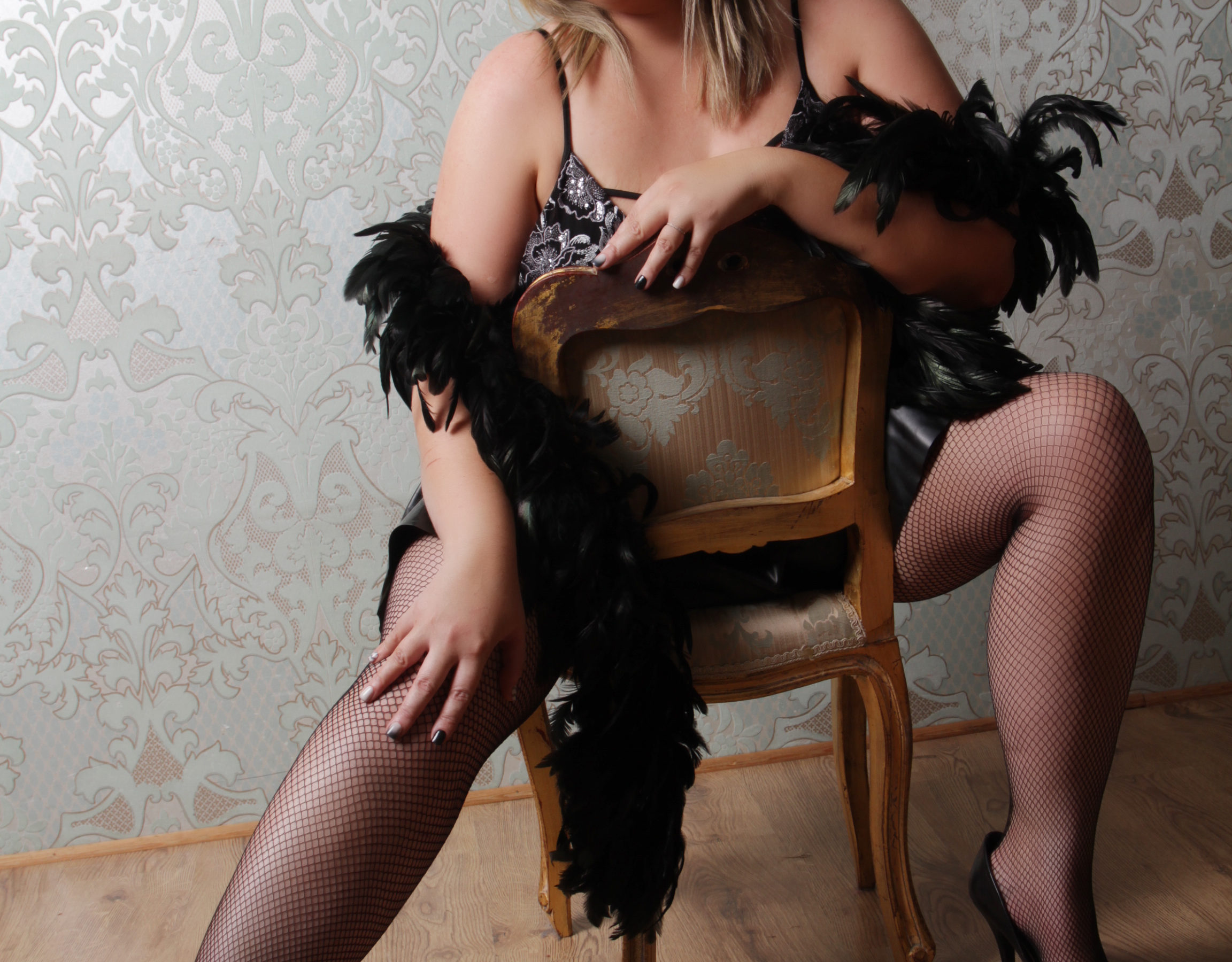 We recently had the fabulous Kimberly in the studio for her boudoir photo shoot, which she won as part of our love the skin you’re in campaign. Not only was she a total joy to be around but she had the most amazing story to tell. We chose Kimberly as our winner because her story was so inspiring that we just had to ask her to share it. We sat down with Kimberly for a one on one chat to find out more about her incredible journey. We found out how Kimberly overcame all the odds, including 17 years battling an unknown illness, to become the confident sassy empowering woman she is today. 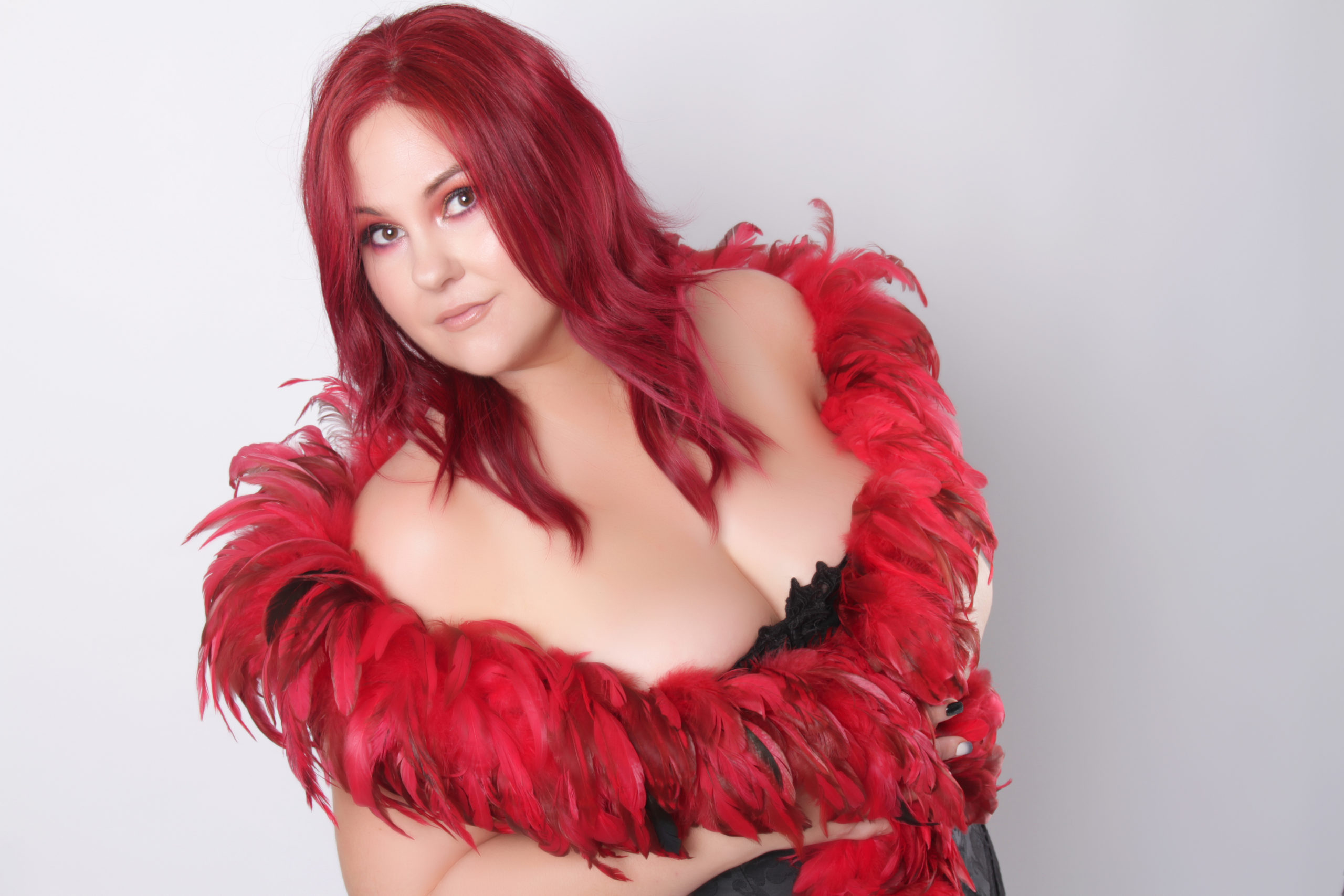 Why did you decide to do a boudoir photoshoot?
Why the hell not!? I’m not afraid of anything at this point. I’ve learnt that life is super short, you could die tomorrow! So why not get put make-up on, get glammed up & feel good about yourself? I think it’s important to encourage all people to experience love of their bodies whether they feel their bodies have failed them or not. Our bodies are amazing and are the vehicles for the amazing things we can all accomplish – as people with or without disabilities, we are all amazing and full of potential. I’m not going to let anything stop me from living my life. I would encourage anyone to say screw it & just do it!
How would you sum up your boudoir experience?
Overwhelmingly positive! The photographer was amazing and so open, she made me feel so comfortable. The whole team were so nice & easy to talk to. I had so much fun & felt so good about myself. I have gotten several messages from other rare disease advocates and people in my life telling me how cool the photos were.
In just 3 words, how did your boudoir photos make you feel?
Sassy, funky & fabulous!
If you have an amazing story to tell & would like to feel sexy & empowered in your own boudoir shoot then click here to submit your story. 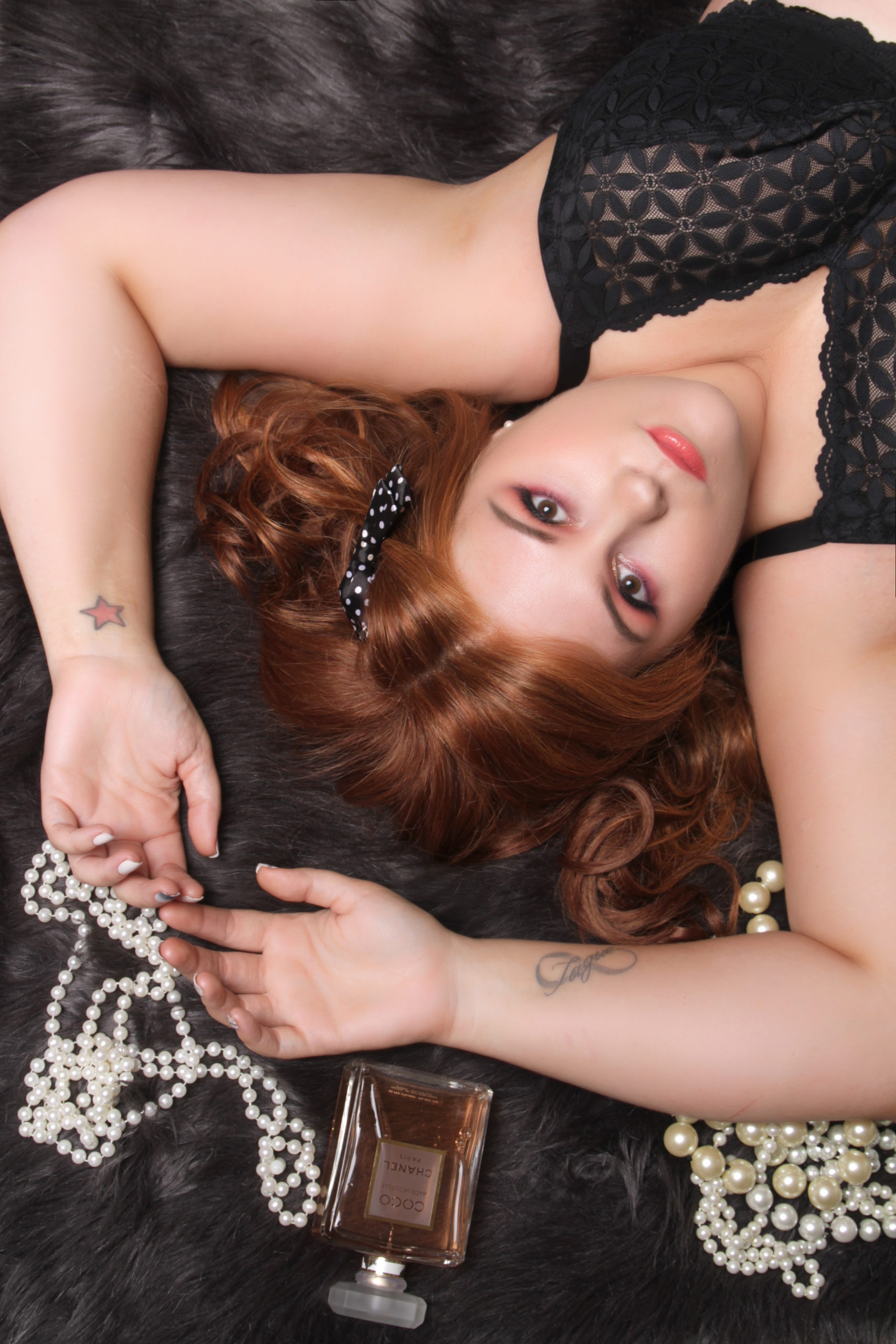 Kimberly’s Story
In 2001 at aged just 21 Kimberly was the victim of a sexual assault. Around the same time she became very ill suffering from seizures, a migraine lasting 6 weeks and changes in her personality and she was hospitalised numerous times. Her illness meant Kimberley was unable to work so unfortunately lost her job which meant she could not pay her bills and so as a result of this she sadly lost her home. In the year that followed Kimberly continued to struggle to recover emotionally with little support from loved ones, most of whom blamed Kimberly’s illnesses on stress from the sexual assault and making her feel as though it was all in her head.
By 2007 however Kimberly had managed to get back on her feet & grow in her career despite setbacks from her still unknown illness. She had began to experience the same symptoms as she had 6 years before , seizures & personality changes, which led her GP to suspect MS (Multiple Sclerosis) but after seeing multiple specialists and tonnes of tests but with unfortunately still no answers as to the identity of her mystery illness. 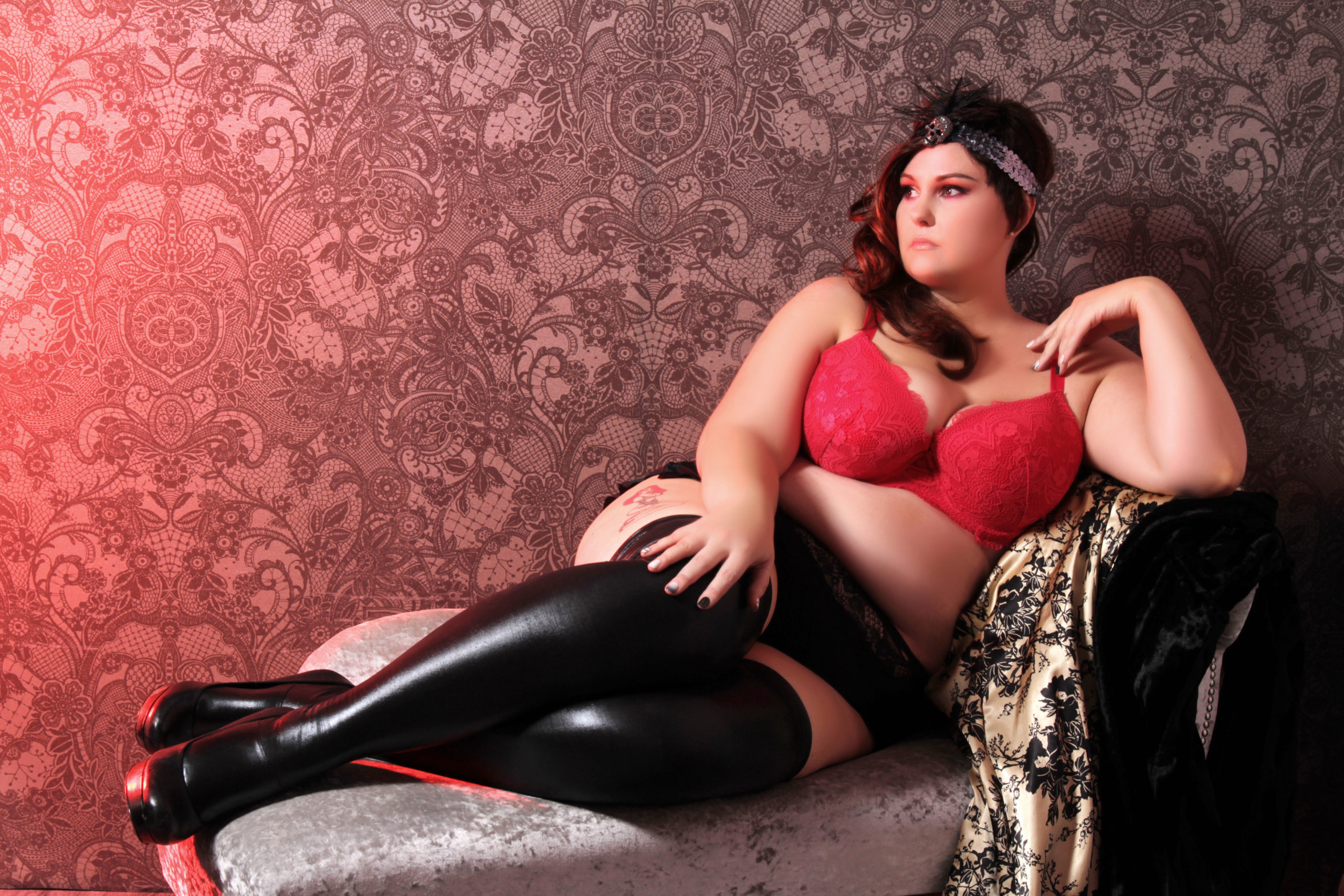 By 2013 Kimberly, who had now emigrated to the UK from her home of Arizona in the US, was married & despite being previously told that due to multiple reasons including symptoms related to her mystery illness she would be unable to have children, she gave birth to her ‘miracle baby’ boy. During this time Kimberly was still experiencing unexplained symptoms so decided to read over her US medical records and found a pattern which lead her to suspect Hashimoto’s encephalitis – a form of autoimmune encephalitis (swelling of the brain). Kimberly experienced paranoia and hallucinations, stroke-like symptoms, and had highly elevated antibodies associated with the condition but still no answers & after tests, no diagnosis. She then became an advocate for HE/SREAT (Hashimoto’s encephalitis/Steroid Responsive Encephalopathy Associated with Thyroiditis) patients and families with the non-profit Hashimoto’s Encephalopathy SREAT Alliance which lead to helping publish their 2nd book, Understanding Hashimoto’s Encephalopathy. This time also lead Kimberly to speak with experts in encephalitis around the world and hand deliver a copy of the book to a researcher at Oxford University in 2017.
In 2016 Kimberly sadly lost both her Mum and Aunt just weeks apart at the start of the year. At this time she had suffered 5 GI bleeds in 2015 while trying to ensure care was in place for her Mum and Aunt in 2015 to 2016 up to their deaths. As an only child, she then had to go back to the US with her 2 year-old son while ill to settle their affairs. Their suffering and early deaths alongside the death of a 23 year-old man and the medical incarceration of a 23 year-old woman in the HE/SREAT community led her create the #Dazzle4Rare rare disease cross-community campaign. This campaign enabled Kimberly to network with other undiagnosed, rare, and chronic & invisible illness patients and advocates across the globe. 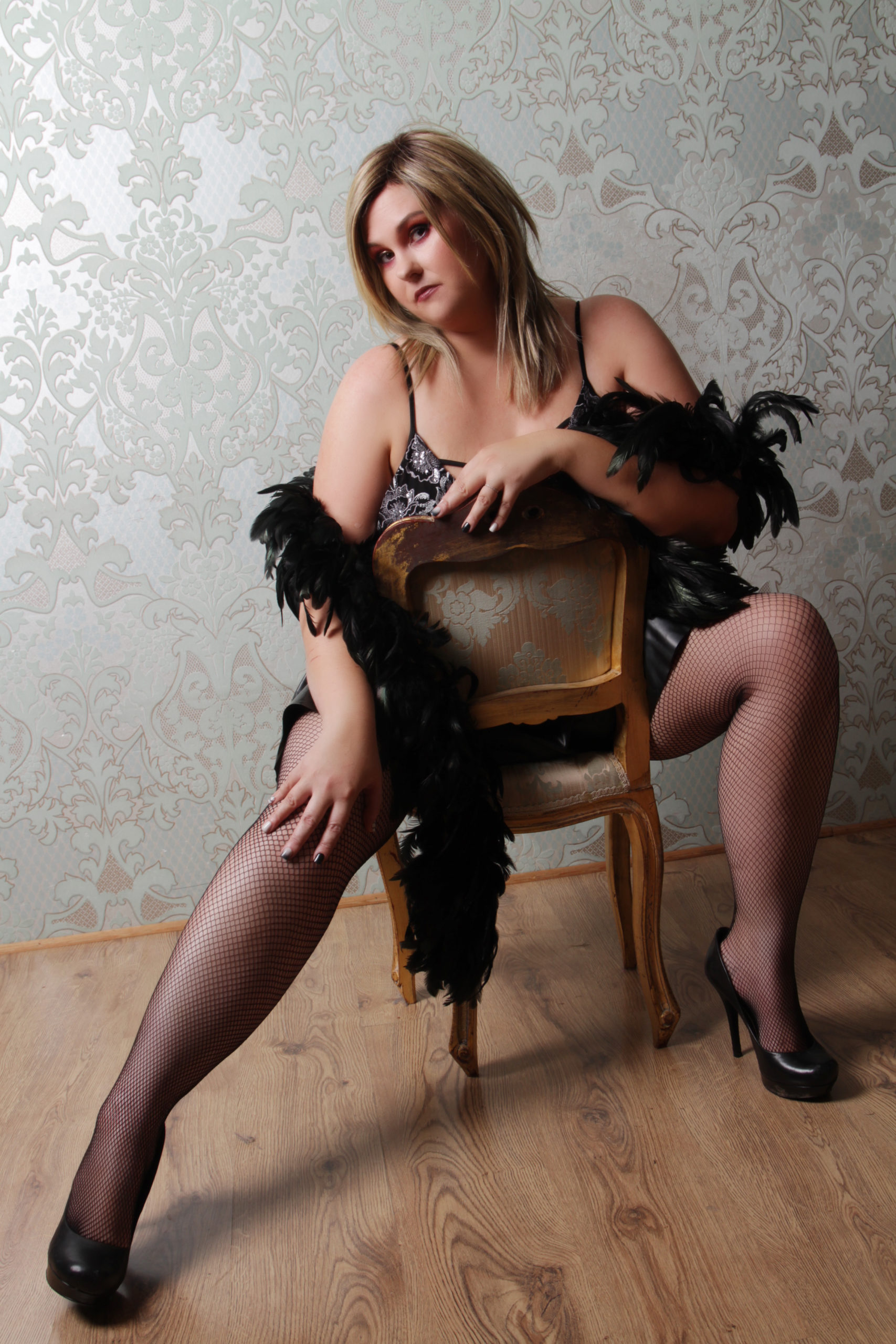 Kimberly worked as a social media coordinator and provided patient-to-patient support to HE/SREAT patients. She decided to leave this role in March of 2018 to focus on her own health issues which at times limit her mobility due to pain and blackout spells, erratic heart rate and blood pressure. She has since devoted more time to #Dazzle4Rare which lead to 3.5 million impressions across social media platforms and a potential social reach of over 125k on Twitter and Facebook with her message of cross-community support and networking. The charity recently partnered with Dante Labs, a genetics lab in Italy, to offer low cost genome sequencing to help those in need of answers.
Then, in August 2018 after 17 years of no answers, Kimberly was finally diagnosed with Ehlers-Danlos syndrome, an uncommon group of inherited connective tissue disorders which causes joint dislocations, chronic pain, weak tissue which can result in GI bleeds, organ rupture, and multi-system problems with eyes, brain, organs, etc. I still suspect I have experienced autoimmune encephalitis but at this time the diagnostic journey is very slow and complex. Kimberly is still fighting for the diagnostic testing required to confirm her Hashimoto’s encephalitis.
You can keep up with Kimberly’s journey by following her on Instagram or her YouTube channel.
For more information on the #Dazzle4Rare campaign click here
For more information on HE/SREAT click here
For more information on Ehlers-Danlos syndrome click here
« Like Father, Like Son!
Here come the girls! » 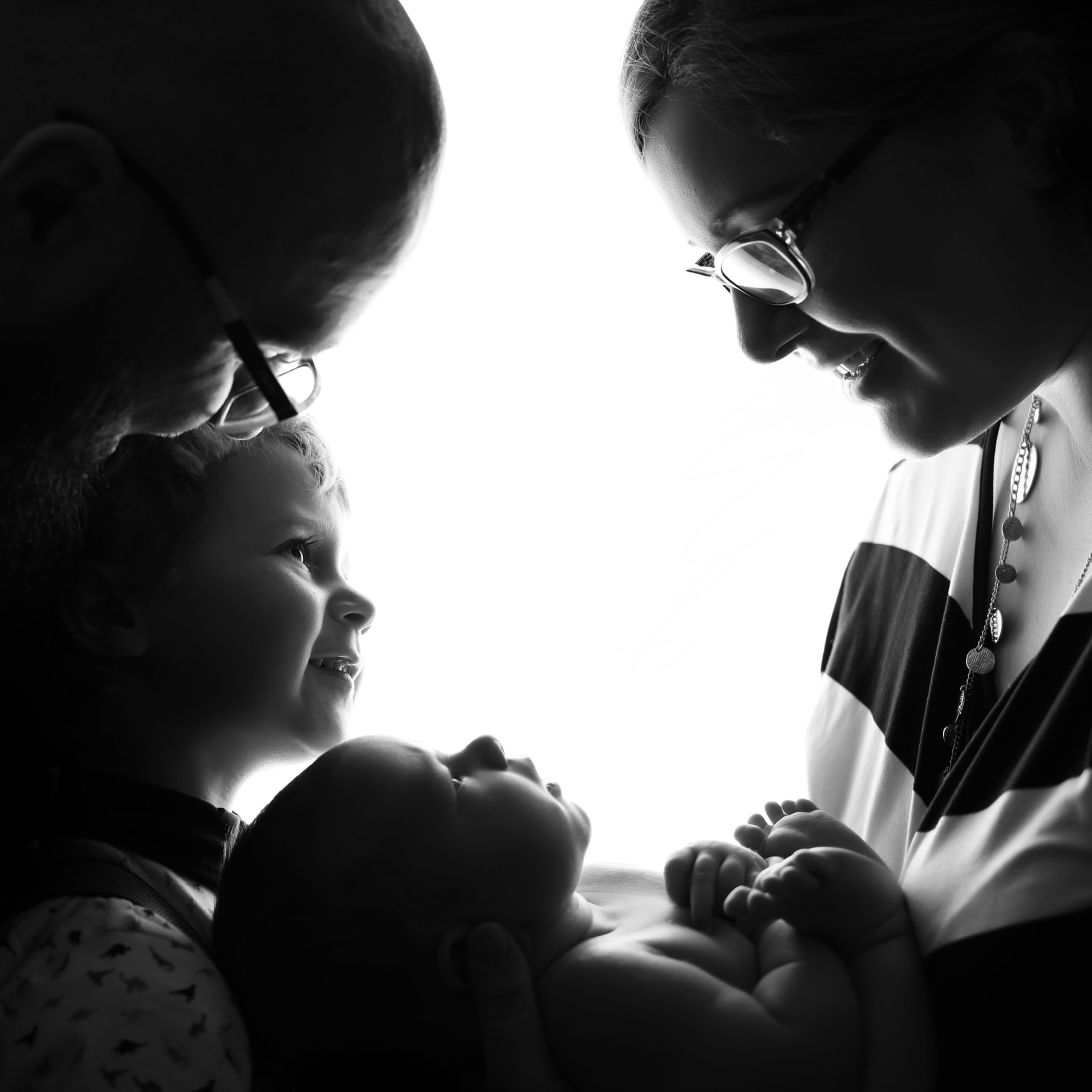 How To Prepare For Your Newborn Photoshoot

We are excited that you are wanting to share the heartwarming experience of your newborn photography session with us. We love nothing more than capturing memories of your new arrival for you to treasure forever as those tiny toes grow up to be big footsteps! Here at... 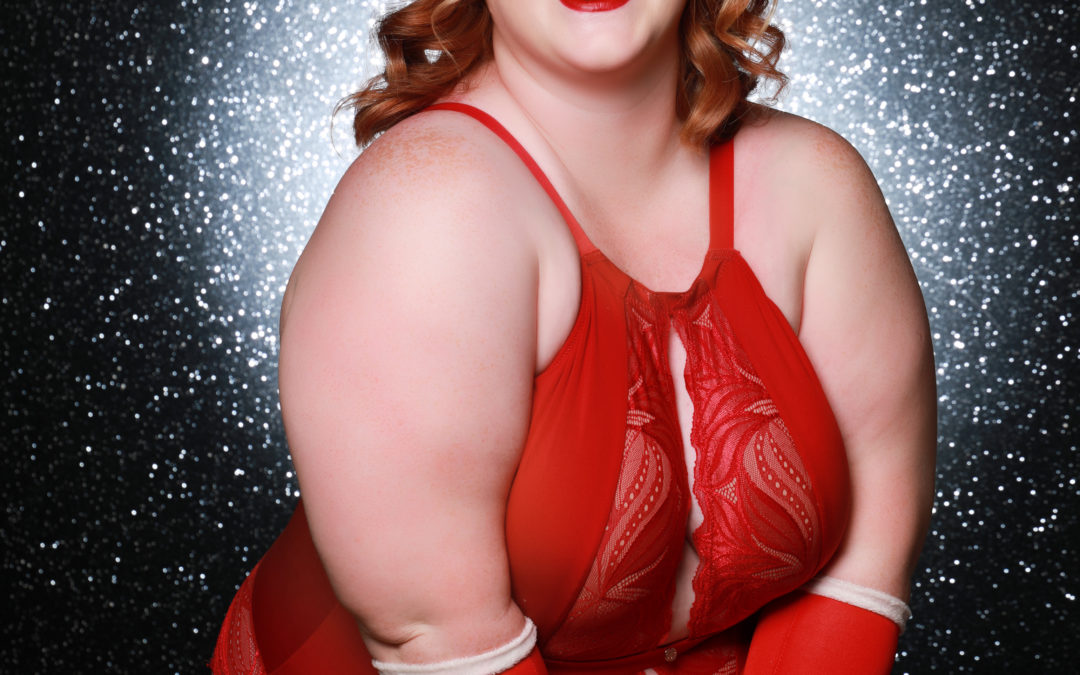 @Binge.to.bopo We invited Ke-ara to our studio back in November 2021 for her boudoir photoshoot. We found her account @binge.to.bopo on Instagram and just loved what she stood for. Her Instagram account is all about binge eating recovery and body positivity and...

How To Prepare For Your Newborn Photoshoot

We are excited that you are wanting to share the heartwarming experience of your newborn photography session with us. We love nothing more than capturing memories of your new arrival for you to treasure forever as those tiny toes grow up to be big footsteps! Here at...

World book day is just around the corner & as family portrait photographers, we have lots of excited little ones sharing their plans of who they want to be for World Book Day. They are always so excited to tell us which of their favourite characters they'll be...